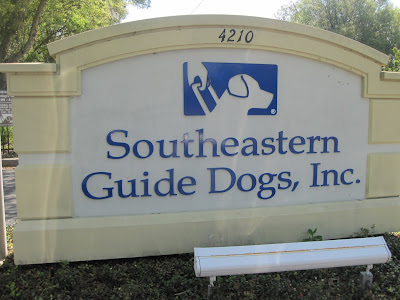 I am always looking for a way to incorporate volunteerism into our family. So today we spent a few hours at Southeastern Guide Dogs. An internationally accredited guide dog school, the largest and most successful in the country. They breed, raise and train canines for the visually impaired therapy, law enforcement and Paws for Patriots. A program that places dogs with disabled veterans and provides therapy dogs to encourage our soldiers at Walter Reed Army Medical Center. 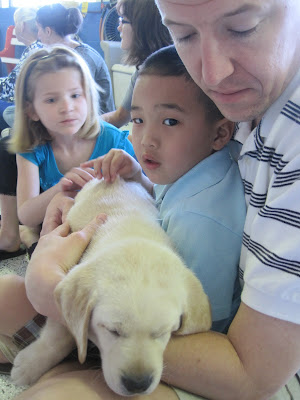 We began in the puppy building as puppy huggers helping 6- to 9-week-old puppies become comfortable with people. 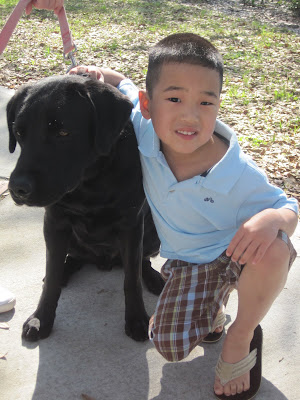 Later we headed down to the kennel where the 1-2 year olds are housed. Matt and Sydney were given a yellow lab named Daphne. Andrew, Pam and I received Murphy, a black lab. Together we strolled around the beautiful 23 acre campus and practiced stopping and sitting at various the obstacles and crosswalks placed about to teach the base skills. Our students did very well. We finished up at the grooming station where our new friends got a good brushing and some hugs & kisses. 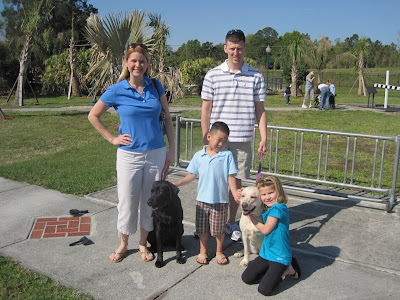 Posted by The Lavelle Family at 12:21 PM No comments: 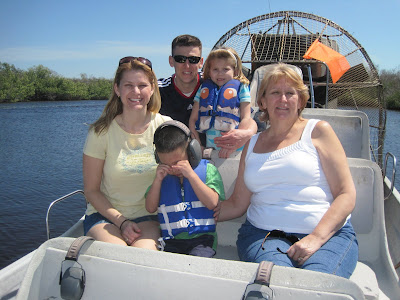 Today I checked off #11 on my bucket list; airboat ride & wrestle an alligator. We drove about 2 1/2 hours from Pam's house to the Florida Everglades. I scheduled the family on an hour long airboat ride through the great swamp. We purposely didn't give the kids too much details up front to keep any apprehension to a minimum. As we pulled away from the dock two brown pelicans hitched a ride on the bow. Motoring along through a maze of mangroves and came across a raccoon, a bit smaller than the Ohio version but still a tasty treat for hungry gators. We did a little more winding & turning through the mangrove forest before we came upon a straight away. Our captain lined us up as if we were a jumbo jet pulling onto the runway and off we went. Flying down the "swamp speed lanes" faster and faster. The look on the kids face was priceless. Sydney, stoic and holding tightly to her ear phones. Andrew with a huge grin and making siren noises. 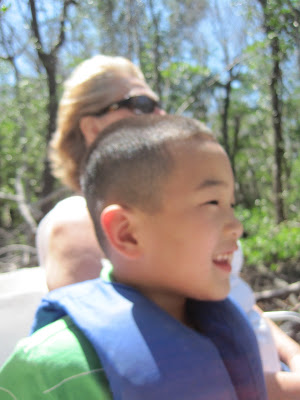 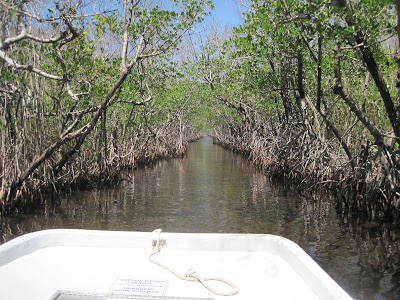 The straight aways usually emptied into so called feeding pools. A large clearing in the mangroves patrolled by a one to several gators depending on its size. Since they are very territorial they larger gators try to run off their younger, smaller competitors. The smaller feeding pools are coveted by the larger gators; less area to patrol and higher concentrations of food. 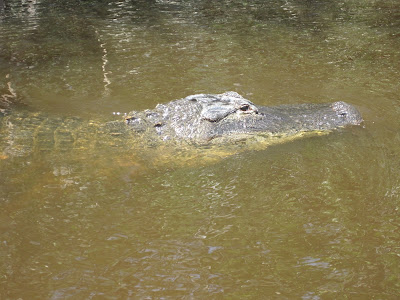 The humming of the fan even lulled Andrew to sleep. That didn't stop our captain from doing a little "hotdogin" in the feeding pools; tight turns, high speeds, bouncing us across the wakes. That even got a chuckle out of our 7 year old teenager. :) 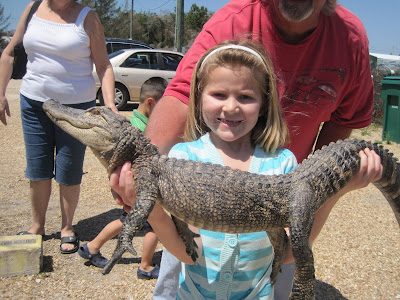 To top off our big adventure they taught us all how to hold an alligator without getting bit. No, it wasn't quite wrestling but it still counts. Al, the alligator was about 3 years old and weighed about 15 pounds. He was pretty complasive but did show off his teeth to remind us that he could still take off a finger or two. 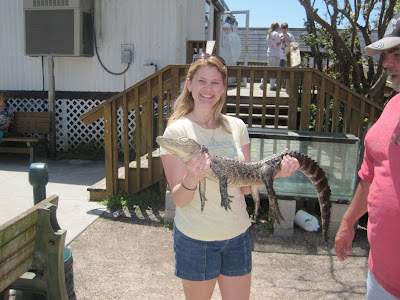 Posted by The Lavelle Family at 8:09 PM No comments:

Sydney's friends,Chloe & Keely Burke invited her over for a sleep over last night. With various night time obstacles to overcome I wasn't sure how she would fare. I kept my phone on the nightstand just in case we got a 2:00 AM call. But, I am very proud to say that the evening was a success!! Thank you Burke Family!!
Posted by The Lavelle Family at 9:47 PM No comments: 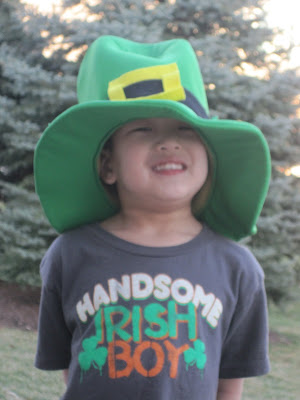 Posted by The Lavelle Family at 6:42 PM No comments: