Today while visiting our friends, The Wirick's, Andrew took his first steps. Six to be exact. Hooray! 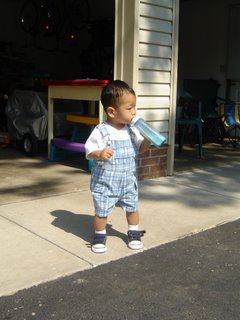 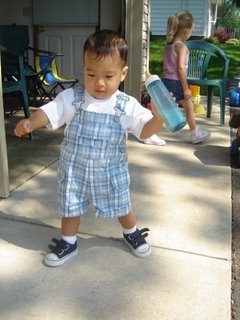 Posted by The Lavelle Family at 9:13 PM No comments: 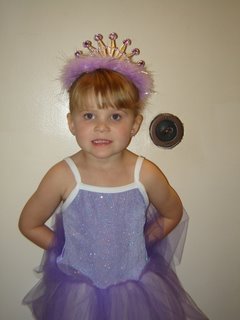 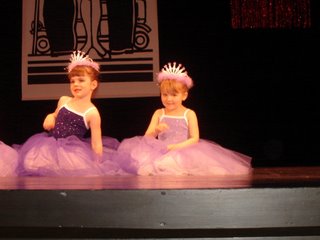 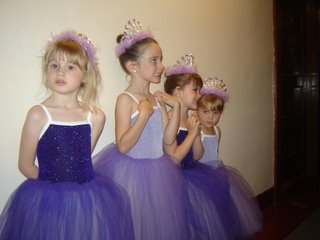 Last night was Sydney's first dance recital. For months we wondered if she would even take the stage but, to our amazement she actually walked on stage and danced. Hallelujah! She was the tiniest ballerina in the entire company but to us she looked like such a big girl up there.
Posted by The Lavelle Family at 3:46 PM No comments:

Andrew has been home for one month. Wow, how time flies by! We have all adjusted well and seem to have established a daily routine. Thankgoodness! We are still working on name recognition but we have taught him to clap and wave. Just today Sydney taught him how to blow a kiss. He giggles and smiles with delight when he masters a new trick, and so do we.

Sydney's last day of school is Thursday so if anyone wants to get together for a playdate just let us know!
Posted by The Lavelle Family at 2:55 PM No comments:

Kim, our social worker stopped by for a post placement visit yesterday. She is checking on Andrew and making sure he is adjusting well. Thankfully, he is feeling better so we are all getting sleep and getting back into a routine.

Our court date has also been scheduled. On December 11th Andrew's adoption will be finalized and he will officially become a US Citizen. How exciting!
Posted by The Lavelle Family at 3:40 PM No comments:

It was a long Mother’s Day weekend. From Thursday to Saturday Andrew battled a fever. I figured his teething caused it but Saturday night his tempeture reached 102 degrees so I paged our doctor. He had me double up his medication and give both Tylenol and ibuprofin. On Sunday the fever broke but a mass of red elevated bumps appeared over his back & chest. I was able to get him an appointment this morning and he was diagnosed with Roseola.

Roseola is a viral illness in young children. It is typically marked by several days of high fever, followed by a distinctive rash that appears just as the fever breaks. Roseola is contagious but there is no known way to prevent it’s spread. Because the infection usually affects young children but rarely adults, it is thought that a bout of roseola in childhood may provide some lasting immunity to the illness. The average incubation period is about 9 to 10 days after exposure to the virus.

He said to continue treating him with the Tylenol and ibuprofin until the rash subsides.
Posted by The Lavelle Family at 4:30 PM No comments:

Today was a big day for Matthew; Sydney registered for T-Ball!!!! Beginning in June she will be playing on the Jackson 4 and 5 year old t-ball team. I'm sure it will be hilarious. When I asked her what she is looking forward to doing she said hitting the ball real far and drinking water when I sweaty. My guess is she wont get sweaty sitting in the outfield picking grass.
Posted by The Lavelle Family at 7:32 PM No comments: 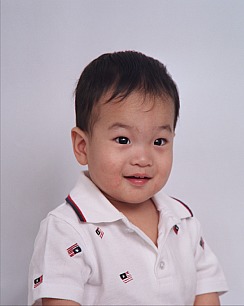 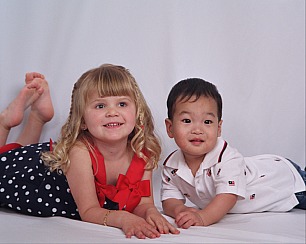 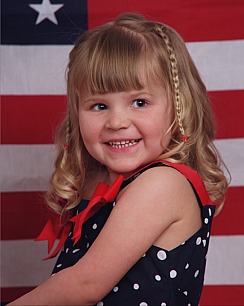 >
Posted by The Lavelle Family at 2:10 PM No comments:

It has been a very busy week. On Monday Sydney & Andrew went to the doctor for their yearly check up's. Andrew was 19 pounds, Sydney was 29, he is quickly gaining on her.

On Tuesday we took the kids for pictures at JC Penney Portraits. I was skeptical since Sydney hasn't cooperated for the camera in months. Surprisingly, she was a ham and Andrew was the ornery one. First off, he is teething big time so we kept a bib on him right up till picture time. The moment we took it off he spit up all over his white shirt. AHHH!! Thankfully, the photographer worked around it but Andrew only let us get a few shots in before he was done posing.

We visited the Henne family on Wednesday. Angel & Brian live about 5 minutes away, their son Alex arrived from Korea the same week as Andrew. Alex & Andrew were born a few days apart and spent time in the KSS orphanage together. The boys played & ate Cheerios together. I am so glad they have each other.
Posted by The Lavelle Family at 2:18 PM No comments:

Matthew & I worked a lot of hours to create a photo slideshow of Andrew's journey home. You should be able to use the link below to watch it. Make sure you turn up the volume on your computer first. If for some reason the link does not work please let me know and I will try and email you directly.

Posted by The Lavelle Family at 9:55 PM No comments: